One of my clients told me that there are “5 Dragons” in Singapore thus enjoying great prosperity and rapid economic growth. i find it unimaginable. Looking at Singapore physical terrain the highest point is Bukit Timah Hill, with a height about 165 meter hardly justified as a mountain. Original feng shui classics, term “dragons” as mountains (not hill) 龙脉即山脉. 风水借龙的名称 来代表山脉的走向, 起伏, 转折, 变化.

Just my own personal opinion i will regard Singapore as “Water Dragon”. To quote Chinese feng shui

Through Google map one can see that Singapore is located at the tip of Peninsula Malaysia. Malaysia act as a strong hinterland with “mountains” (Mt. Kinabalu) and terminates at Singapore. The general mountain direction runs from North-West. North-West in IChing is  乾 卦 –  乾龙入 首 “Qian Dragon”. Qian Gua represents Heaven, Metal element. The sector is symbolic to Fatherly figure, strong leadership, strongest Yang energy, Mentor, Decisive, Discipline, Respectable, Enforcement and Management. Based on the feng shui principles of Xuan Kong Feng Shui Flying Star, Period Six between 1964 to 1983 正神方 is in the North-west. You may call it coincidence that Singapore gain it’s independence in August 1965 which falls within Period 6. Using basic feng shui five elements principles, the 2 elements that are favourable to Qian (metal) are are “earth” & “metal”.   Singapore economy performs well during the Period 7 兑卦 (metal) from 1984 to 2004 and current Period 8 from 2004 to 2024 艮卦 (earth). 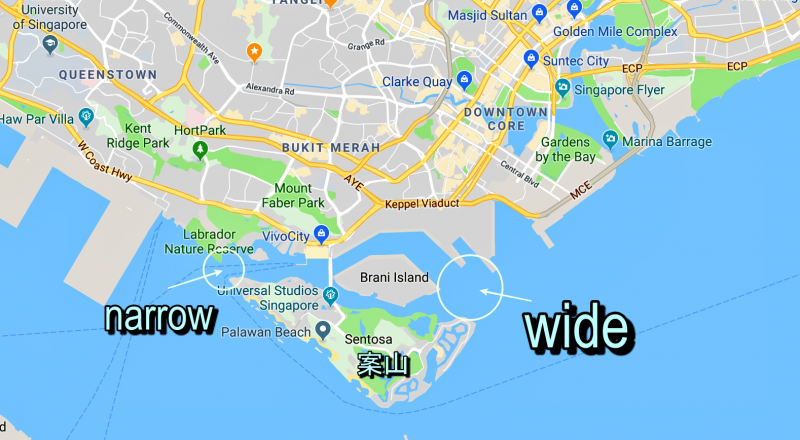 The southern tip of Singapore – Sentosa, in feng shui term act as 案山 which locks in the water from South China Sea. Water in feng shui represents wealth. It goes by the saying：伸手摸手案，积钱千万贯.

Prosperous Major Cities in the world

Why Singapore economy is booming with Wealth but fare poorly in population growth? Why Singapore unable to retain local talents from migrating overseas? Again you may call this coincidence, it is partly due to our geographical endowment. In feng shui 山管人丁 水主财 “water” signifies wealth and “mountains” represents people or population. Give some thought, did you realised that  most prosperious major cities in the World are near to water? In comparison those cities that are not near to “enclosed water” are poorer in economic performance. It also have to do with the movement of Earth’s energies based on San Yuan 三元 九运 or 二元八运 in conjunction. Do some research yourself.

Chinese feng shui principle state that “山管人丁水管财”. It means countries with mountain clusters are heavily populated whereas countries or capital cities surrounded by water enjoys wealth enhancement.  Check out google Earth and see where are the mountains in the World…India, Africa, Nepal-China, Pakistan-China… Which are top capital cities or economies in the World with “enclosed sea, ocean or rivers”. Find out for yourself.

Let’s go through Singapore economic progress with the timings based on San Yuan 9 stages of luck period 三元 九运.

In Singapore Jurong rapidly progress as an industrial and residential area during the 7th period 1984-2004. After year 2004 not so popular? coincident? 兑卦 represents the “mouth” so any professions related to the mouth is the in thing. Eg. karaoke, concerts, entertainment, pleasure (悦) , night clubs, gossip, superstitious (巫) etc.

In Period 8 八白 左辅土星 Northeast development attracts population growth 旺人丁 like the Punggol 21 development. 艮卦 “Earth” element symbolic to mountain – stable, halt and analyse. Other imageries 意象 such as youthful male energy, youngest son, fingers (mobile-touch screen), jade,  bones, nose, back etc.  You may notice that leaders are getting younger. Famous teenage  pop-stars as young as 14 years old. Billionaires below the age of 30 which is unheard of in the past. Earth is mother nature like the environment such as organic food, concern for the environment, earthquakes, real estate, building and constructions etc

In period 9, you can consider investing into Southern areas of Singapore that oversee North or Southeast direction water or open areas for increase wealth opportunities. Hopefully prices are relatively cheap now because it takes 10 years before we reached Year 2024. Some examples of southern areas are Orchard, Sentosa, Marina bay, Redhill, Dawson, Tanglin, Alexandra, Tiong Bahru, Duxton, Queenstown are hot!

The information does not constitute any investment advice or an offer to invest. A prospective investor should consult with its own investment, accounting, legal and tax advisers to evaluate independently the risks, consequences and suitability of property investment.